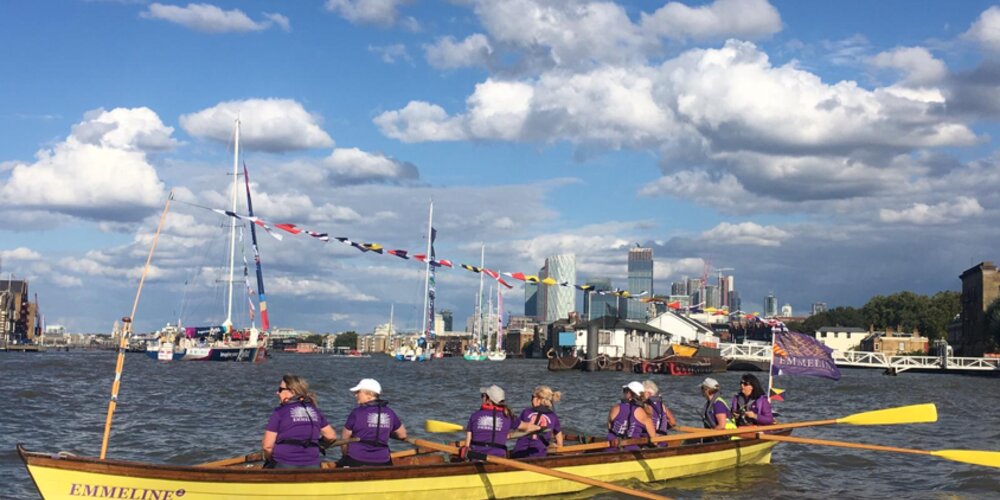 Charlotte Kirk, ITIC’s commercial director, sits down to chat with the Claims Review editor, as part of this regular interview series in which we get to know ITIC’s claims handlers. In this interview Charlotte explains why the “frozen fish claim” is the most memorable claim she has handled and shares her love of all things water/boat related.

How long have you worked at ITIC?

My ITIC career started 34 years ago in 1988, when I was a claims handler at CISBACLUB. I left to work in Cyprus at what is now Marsh. I then started at ITIC just after the merger between CISBACLUB and TIM 30 years ago. The team at ITIC are great to work with, we have a brilliant insurance product and some really interesting members, many of whom have been insured with us for so long that it seems that they are very much part of the ITIC family.

How do you balance claims handling with your other roles and responsibilities?

The claims team, of Mark, Geraldine and Fiona, are very supportive if there are other things going on, which are taking more of my time.

What is the biggest challenge when it comes to claims?

I don’t think that there are any challenges. It’s just a matter of working through what’s what. Sometimes there is a commercial challenge for the member, which can then lead to a bit of a discussion.

What is the most memorable claim you have handled?

The frozen fish claim. The member called on a Saturday morning to say that they had set a number containers of antibiotics at -23 degrees C, when they should have been at +5 degrees C. When asked why, they said that they usually only shipped frozen fish and -20 was the usual temperature. The claim ultimately cost US$ 350,000.

What is your favourite part of dealing with claims?

Trying to resolve the issue quickly without the member losing the commercial relationship with their principal.

What is your least favourite aspect of claims handling?

When they start to get too legal.

What is your favourite saying?

What are your hobbies and favourite pastimes?

I help to run a rowing club for 12 to 18 year olds. It’s great to see them starting off – looking very under confident and wobbly, through to them gaining skills and technique and winning medals. Several of our juniors have then gone on to win at Henley Royal Regatta, the Oxford and Cambridge Boat Race and world championships. All very satisfying.

What is your favourite film?

I’m rubbish at watching films and don’t tend to have any firm favourites, although I’ll always watch “Chitty Chitty Bang Bang” and annoy my family by singing along. My dad took my brother and I to see it one Christmas Eve, whilst (I assume) my mum wrapped presents. The whole outing must have backfired as spectacularly as the car in Chitty Chitty Bang Bang, as we were both awake all night with nightmares about the child catcher (sorry to spoil the plot for anyone who hasn’t seen it).

What is the last book you read or music you downloaded?

Sea Wolf by Jack London – it was a gripping yarn and I’d recommend it to anyone, as long as you like ships and the sea.

Probably too many to list out, but currently the saying “let me reach out” – yuk!

What is your favourite place in the world?

Being by the water or on a boat of some variety. I grew up living 100m away from the Bristol Channel watching the ships coming into Avonmouth, helping with the local rescue service (which has now been adopted by the RNLI) and doing lots of dinghy sailing with my dad, which I loved. I now co-own a traditional Thames Waterman’s cutter, which I enjoy rowing at the weekends.

If you weren’t working at ITIC, what would you be
doing?

Who would want to work anywhere else? Although, while at school I had a summer holiday job working in a sail loft making sails for mainly traditional craft, such as Bristol Channel Pilot Cutters. Often the sails were so big that we had to make them in 2 parts and wouldn’t actually get to see the finished product until we took them to the boat – quite a scary moment. I enjoyed it all, particularly the hand sewing of the reefing points and clews. So, maybe I’d still be there!