ITIC IN THE NEWS: Naval architects uncovered? Article by Robert Sniffen in latest edition of The Naval Architect magazine 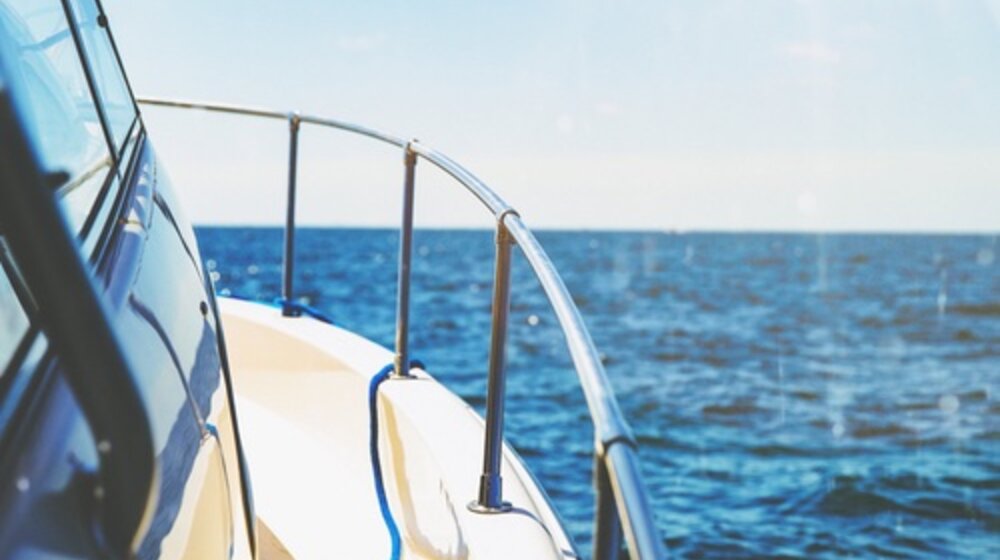 To see the article as it appears in The Naval Architect magazine, please click here. The article can be found on pages 22 - 23.

ITIC is the leading provider of professional indemnity insurance to companies in the marine and transport sector, particularly to naval architects.  The specialist responsibility of naval architects is to ensure that a safe, economic and seaworthy design is produced for their clients. As such, they face exposure to high levels of liability and need a good professional indemnity insurer who understands what they do.

However, even before you reach for your insurance policy, the first steps you can take to protect your company from claims is to ensure that you contract correctly. The increasingly litigious world in which we operate means that deals and designs done “on the back of an envelope”, or equivalent should be long gone.

Naval architects should ensure that they operate on standard terms and conditions, which clearly set out the scope of work – what they will, and will not be responsible for. ITIC has a draft copy of standard trading conditions on the website: www.ITIC-insure.com. The contract should also limit liability to a specific amount relative to the fee being earned for the project. Choice of jurisdiction and governing law may also help reduce or limit potential exposure. Finally, an exclusion or limitation clause should be included to account for any alterations made after the initial design.

Irrespective of what steps you take to protect your company, sadly we are only human and mistakes will happen. When you are faced with a mistake, you need an insurance company alongside you to strike the balance between keeping your client as happy as possible as well as assisting you on the claim. Some examples of claims made by companies insured by ITIC follow.
A naval architect was contracted to design a yacht for a race. The yacht was built and sailed over 10,000 miles without difficulties. However, when the yacht was lifted from the water, several cracks were noticed along the keel. Both the manufacturers and the naval architect were notified that cracks had appeared.

The naval architect subsequently realised that an error had occurred when transposing the design specifications onto the blueprint drawings, which were then passed onto the manufacturers. This error in design meant the keel did not meet the strict strength specifications required of a racing yacht. The naval architect informed the company of their error. However, a subsequent survey completed by a third-party surveyor found the cracks to be caused by incorrect manufacturing techniques.
The manufacturers offered to repair the keel but if they had done so it would still have been unsuitable for racing due to the design error.

ITIC agreed that a keel of the correct specification should be supplied and additional costs were settled by ITIC.

In another case, a firm of naval architects were instructed to design a vessel to be used for a new ferry service.

When completed, the owners alleged that the vessel suffered from structural inadequacies, which included continued cracking of the hull. They said that it could not perform in certain weather conditions as they had requested it should do, even following repeated repairs. At one point the Maritime and Coastguard Agency had to reduce the amount of passengers the vessel could safely carry. Eventually, the ferry service was completely suspended and the owners commenced legal action against the naval architects for USD 600,000. This covered the cost of repairs, loss of use, loss of profits and diminution of value of the vessel. Expert evidence was obtained on behalf of the naval architect, but it was not particularly helpful to the defence.

It became apparent that the owners were suffering from financial difficulties, in part due to the fact that the ferry service could not run. On this basis, ITIC instructed lawyers to make an application for security for costs (to cover the defence costs incurred in the event that the owners became bankrupt) in the sum of GBP75,000. Legal costs and expert witness fees had already exceeded GBP40,000 and were estimated to exceed GBP100,000 if the matter progressed to a full trial.

The application was granted in ITIC’s favour, but unfortunately only to the sum of GBP25,000, as the Judge had some sympathy with the claimant’s argument that they were in financial dire straits due to the mistake of the naval architect. Despite pleading poverty, the owners did manage to obtain the funds and pay them into court.

The naval architect was left in an awkward situation, whereby, if the matter progressed to full trial, even if they were successful in defending the claim completely (which was very unlikely in light of the expert evidence received) the costs alone could have been in excess of GBP100,000 and there was only GBP25,000 security.

The Judge suggested that the parties would benefit if they could reach a settlement between themselves, and after a full day of negotiations, the original claim of USD600,000 plus costs was settled for USD230,000 plus costs (which were a further USD100,000).

Sadly, naval architects can find themselves being claimed against even if they were not negligent and one of the benefits of insurance with ITIC is that the cost of defence is also covered. The high price of innocence can be high.

A case in point is a naval architect who entered into an agreement in 2007 to design a jetboat to be operated in Australia.  The company that built the boat did not have insurance.

The vessel was delivered in 2008 and in early 2009 the engine mounts collapsed and various other problems occurred which rendered the vessel unable to operate.  In 2010 proceedings were issued against the boat builder and the naval architect.  The principal allegation of the design related to the number of engine mounts installed.  However, a comprehensive survey report found that the cause of the collapse was excessive use of the engine by the operator rather than the mounts installed.  The report further stated that the cost of rectifying the mistakes attributed to the design at AUD 20,000.  It later transpired that the total claim is for AUD 673,000 (US$ 697,000).

A mediation took place but the matter was not resolved.  The builder advised that they could only contribute AUD 40,000 towards the claim.  The case went to trial and as legal costs continued to rise (AUD 150,000 at this point) the decision was made to make an offer to settle.  The naval architect, with the support of ITIC, We made an offer of AUD 100,000 which was not accepted and eventually a figure of AUD 300,000 was agreed and settled, along with legal costs which totalled AUD 230,000.

Another example was a naval architect who was contracted to carry out the external design of a yacht newbuilding. After the yacht was completed and set sail, a guest fell down a small flight of internal stairs during the course of an onboard party, sustaining back and hip injuries as a result.

The guest sued, among others, the yacht owner, builder, surveyor and two naval architects. Legal counsel was appointed to defend the Australian naval architect. Despite the fact that any design fault involving the interior of the vessel bore no relation to the work carried out by the insured architect, the parties were jointly sued in the amount of USD 1 million. Lawyers spent over USD 150,000 - and seven years - trying to obtain a judgment removing the naval architect from proceedings – a costly event for something that was not even the architect’s fault.

The moral of the story is that you don't have to make a mistake to be sued. In such cases, insurance can help.